My name is Greg Gardea. I’m the owner and manager of Garber’s Independent BMW. I started in retail in 1976, becoming a BMW enthusiast in 1984. I was very active with the BMW Club between 1988 and 2002, driving my first generation ///M3 at Laguna Seca, Willow Springs, Firebird as well as some local Autocross events. My association with Garber’s started in the mid 80’s as a customer, which grew into running the store in 1999 and taking ownership in 2000. While I was in retail we studied and tried to emulate Nordstrom’s customer service model. In the recent past, I was very surprised and flattered to have a manager of Nordstrom use his experience at Garber’s as an example of customer service to his own staff.

At Garber’s Independent BMW we us an Autologic diagnostic scanner, which is considered to be the top by most reputable BMW shops. Along with OEM parts and procedures to ensure your BMW is repaired and serviced to a standard that exceeds that of even the dealership. We are true enthusiasts and take great pride in our quality of work and the reputation we have built over the years serving the BMW community. We are the original and longest running BMW shop in the Whittier area, operating since 1980. 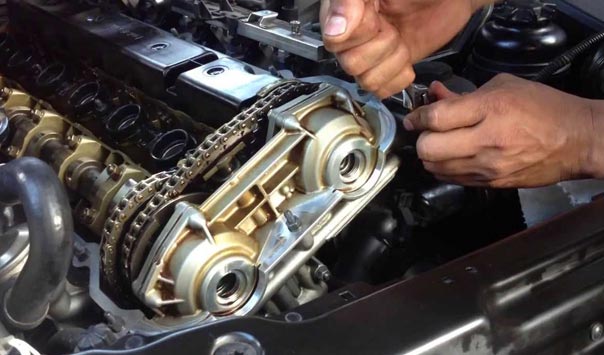 Garber’s Independent BMW received 4.5 stars out of 5 based on 32 reviews on Yelp.